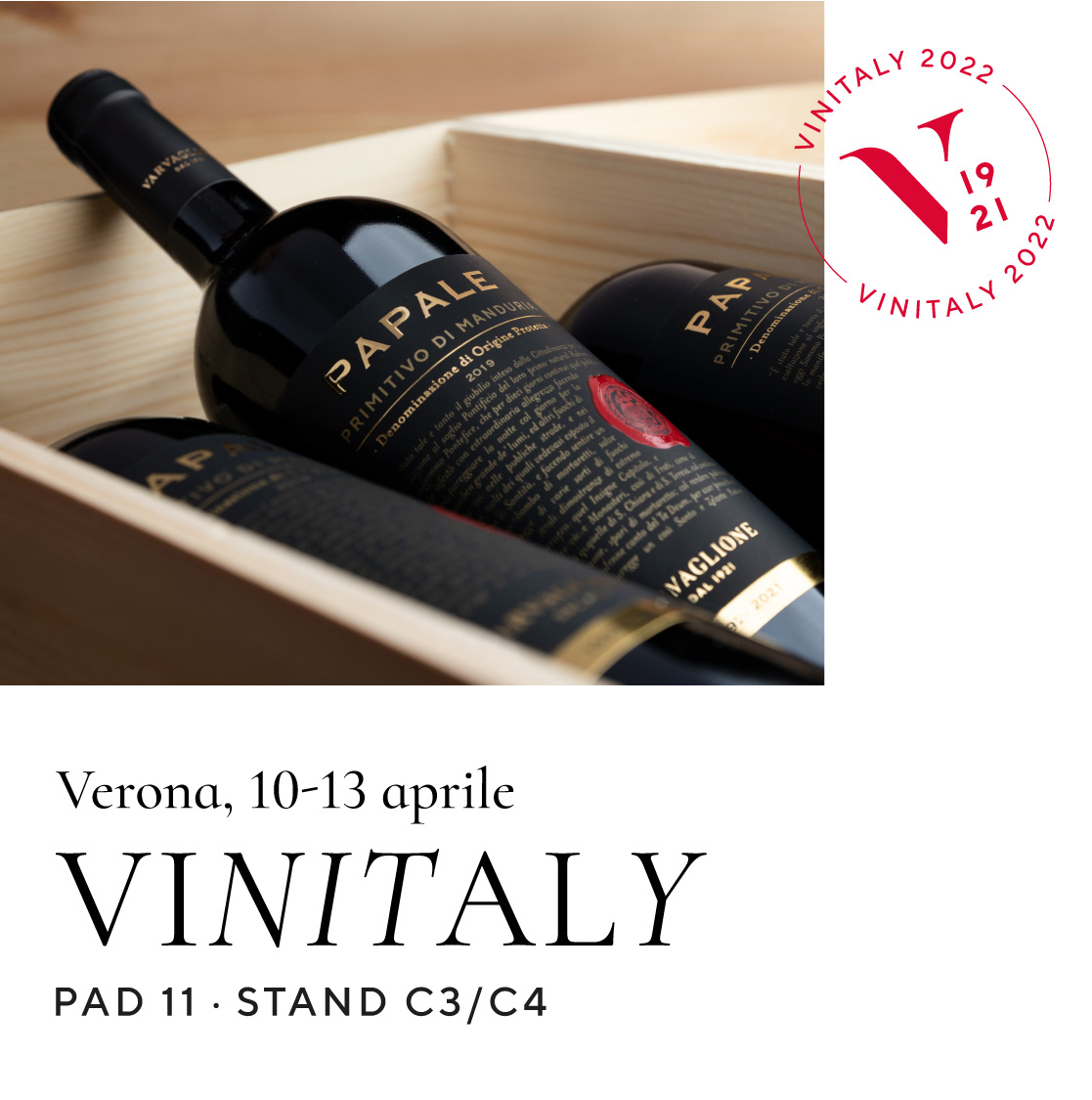 Varvaglione is getting ready for the 54th annual Vinitaly with lots of news for fans and wine lovers.

From April 10 to 13 in Verona the long-awaited and most important wine fair in Italy is back: and Varvaglione 1921 will be there with a completely new stand.

“We liked the idea of meeting up with friends and importers, restaurateurs and clients, by offering a space that is completely renovated and new, a symbol of the rebirth and recovery,” comments Cosimo Varvaglione. “The two years of the pandemic kept us apart, but we continued working in the winery to embark on new projects so that we could come to the most important trade fair with lots of news.”

For the tenth anniversary of the popular 12eMezzo Collection, Varvaglione is launching a celebratory bottle with a unique design: a 3D print image on glass with the contours of Masseria Pizzariello, the Varvaglione family homestead.

12eMezzo, already well-known for being the Puglia winery’s sustainable line, with the new wine Masseria goes even further toward eco-compatibility. To launch this important 12eMezzo anniversary, a full immersion video game was designed with a special guide: Ercolino the Varvaglione family’s vineyard dog who will accompany players through the vineyards, dodging everything that can put the vines or the grapes in danger, even passing through the bottling and tasting phases.

To start playing, it is enough to click on the link varvaglionegame.jopic.xyz that can be found in the Bio on the Varvaglione Instagram page. The game has various phases that in the end lead the winelover to the Vinitaly stand, where in the usual and much awaited social media corner it will be possible to play and win gadgets that may be picked up directly in Verona.

The wine to celebrate the winery’s 100th anniversary will also be presented in Verona: Masseria Pizzariello, “a blend of Primitivo, Negroamaro and a small percentage of Aglianico, is a wine that represents our home,” comments Marzia Varvaglione. “We are opening our home to the public through the technology of Augmented Reality.”

Revisited labels and what’s more, a new wine project that will complete the gamma offered: at Vinitaly, it will be possible to taste the first vintage of Susumaniello created by Cosimo Varvaglione.

Just a sampling of the many new and interesting things that Cosimo and Maria Teresa Varvaglione and their children are bringing to the 54th annual Vinitaly, with renewed enthusiasm.

Latest from the Blog